The white city of Peru

Located 1,000 kilometers south of Lima in the southern Andes and 2,325 meters above sea level, Arequipa is considered, the second most important city in Peru. It was founded by the Spanish on August 15, 1540 and was under the direction of Pizarro's lieutenant, Don Garcí Manuel de Carbajal, in the Chili River Valley, with the name of "Villa Hermosa de Arequipa" (Beautiful city of Arequipa). A year later, it received the status of city through the Royal Certificate (order issued by the King of Spain), which dates from October 7, 1541, issued by King Carlos V. But the region was already inhabited more than six thousand years ago by a pre-agricultural ethnic group, as can be seen in the cave paintings of Toro Muerto. Later, civilizations with different degrees of development were established.

Only with the invasions of the Tiahuanaco-Wari culture, around 600 AD, did a more advanced civilization develop in this valley, that of the Collagua nation, which gave rise to the Churajón and Chuquibamba cultures (the latter under the coastal influence of the Nazca culture). The word Arequipa is made up of two words: Are-quipa. In the case of a Quechua expression, its meaning would be, ARI - QUIPAY while in Aymara (ARI), it means "Above", QUIPAY "Behind", or "Behind the top", referring to the volcano Misti, which surrounds the city.

After its foundation, Arequipa was immediately populated by the Spanish conquerors and colonists, being the city with the highest concentration of Hispanics compared to the indigenous of the entire Viceroyalty of Peru.

It was built using a white volcanic stone very common in this region, that is why it is also known as the "White City". Arequipa, as well as Moquegua and Tacna, is located in the Southern Volcanic Cordillera, and next to the Misti volcano (5825 meters). This was the chosen place to raise the city. This makes the soil not stable, so it periodically suffers telluric movements, which throughout its history devastated the city, as happened in the earthquakes of 1581, 1584, 1687, 1788, 1868, 1958, 1960 and the most recent, occurred in June 2001, among others.

The colonial architecture of Arequipa is characterized by the number of religious constructions and the mansions of the authorities that have facades with a curved pediment and high, as can be seen in the side door of the church of the Society of Jesus and the church of Santo Domingo. Also noteworthy are the buildings with curved decoration as in the interior vaults, with sunny patios and planned from the axis of the door. The atmosphere of the interior rooms with stone vaults recalls the convents.

The absence of materials such as wood and the predominance of volcanic stone called "ashlar" gave the architecture of Arequipa the appearance it presents today, with the use of vaults on the roofs and in the decorations carved in the stone. The walls are generally very wide due to the shaking caused by earthquakes.

See below the touristic spots to be visited in Arequipa.

See below the tourist spots to be visited in Arequipa. 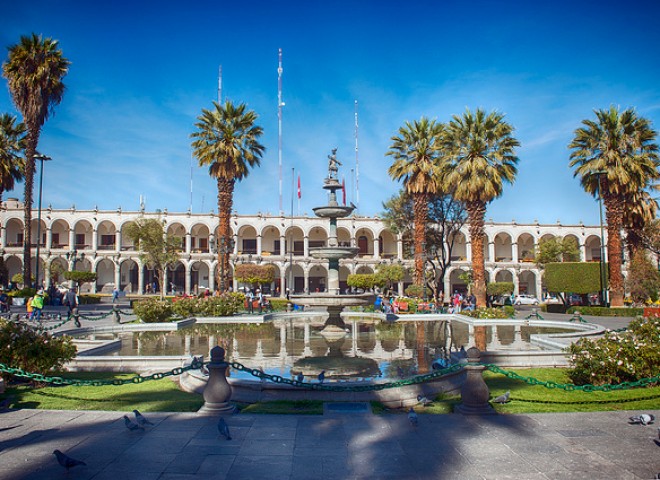 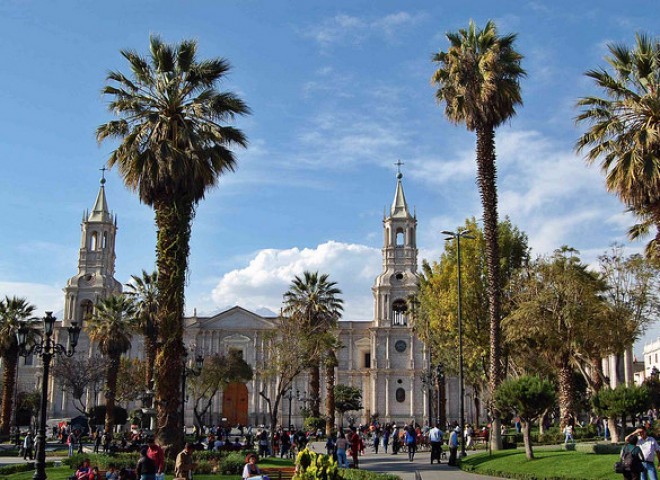 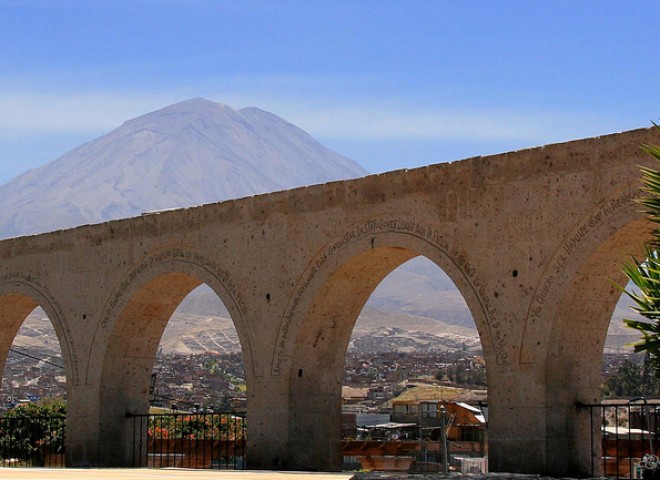 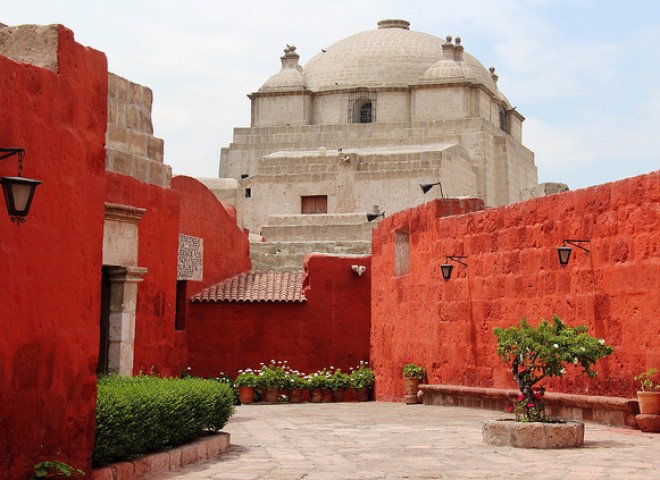 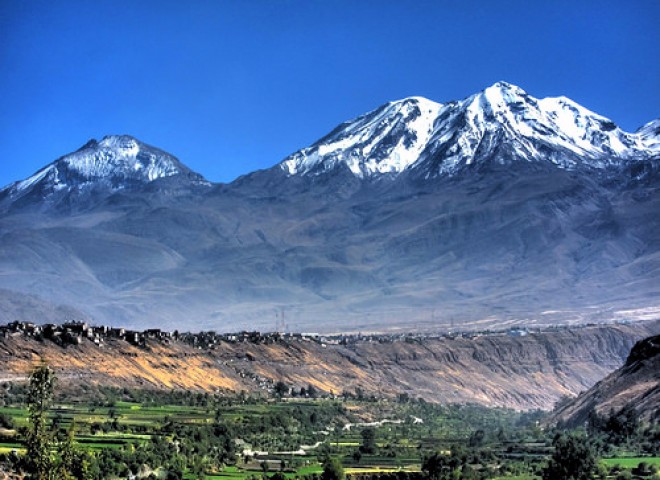 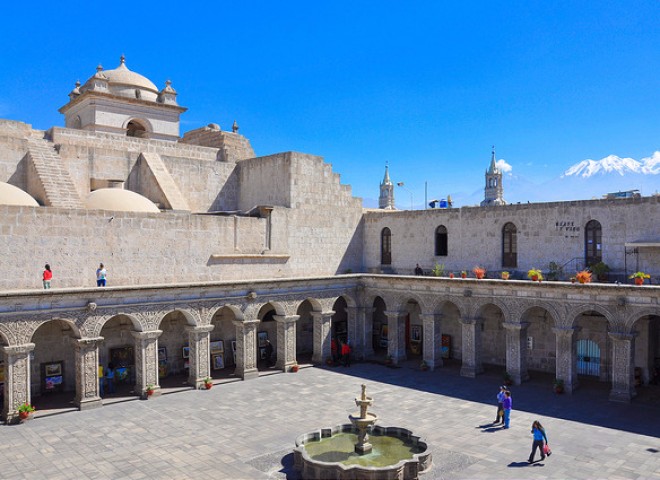